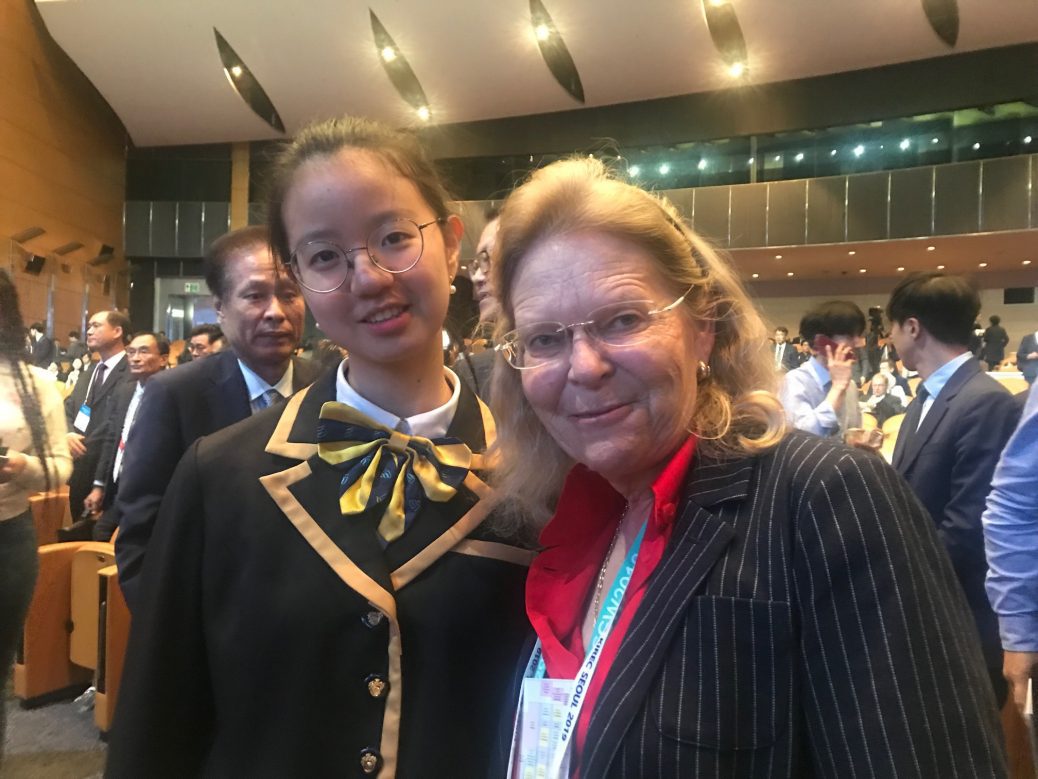 “Make Renewables the conventional fuel not of tomorrow, but of today“, Rana Adib, Executive Secretary of REN21,  urged delegates at the closing of the Korean International Renewables Conference (KIREC) in Seoul last Friday, 25 October 2019. Stakeholders from more than 100 countries had come together to advance the energy transition. Inspirational speakers included former UN Secretary General Ban Ki Moon, and young Korean Climate Activist, Kim Do-hyun, who was the only woman to speak at the opening ceremony. I particularly enjoyed meeting her (and watching the concentrated girls’ power at the traditional martial arts show !).

KIREC was the first international renewable energy conference co-hosted by a national government (of the Republic of Korea) and a municipal authority (the city of Seoul). This collaboration put into strong focus the importance of cities which, driven by their high-energy demand, are the frontrunners of the energy transition.

On behalf of GWNET I hosted, and participated in, side events on 22 October and presented the initial findings of our forthcoming study on best practices to promote women’s participation in sustainable energy.  A GWNET networking breakfast connected a diverse group of committed women and resulted in concrete ideas – stay tuned!

The KIREC Declaration which I coordinated advocates strongly for a just transition. The needed energy revolution is not just about a switch to better technologies; it is also about changing patterns of production and production; about jobs and communication; and it offers opportunities for transforming our societies and making them more participatory and inclusive. Nobody should be left out and everybody should be able to reap the benefits of a carbon-neutral economy. The Declaration strongly calls for an equal participation of women and men since drawing on all available talent is needed for speedy and thorough success.

For the text of the Declaration and more details on the KIREC program go to:  https://www.ren21.net/kirec-seoul-2019/