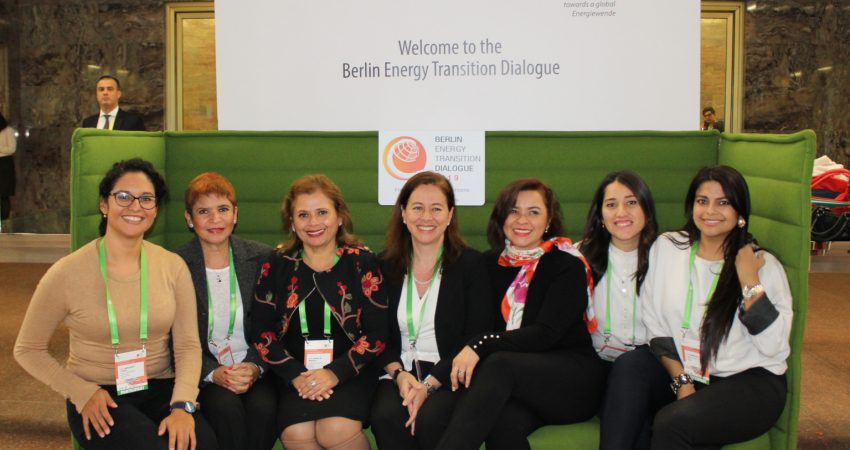 “In my country, El Salvador, the regulator recently conducted a survey that revealed that only 12% of employees in the energy sector are women, in this percentage women are included in the commercial area, finance and human resources. If one is going to see the numbers only of the technical part, less than 5% are women and if one looks at how many women are in leadership positions, it is less than 1%. What happens is that women are not being part of the decision-making process and we have much to contribute. ”

Ingrid Chávez de Mendoza is a Commercial Planning Manager in Delsur, which is the electricity distribution company in El Salvador, and has more than 30 years of professional career as an electrical engineer. Being a woman in a sector dominated by men, such as energy, is never easy. For this reason, Chávez and her colleagues formed the Central American Network of Women in Energy in 2018. Its objective is to motivate women to be an active part of the energy sector -even when it comes to decision making- and, with that, to promote the transition to renewable and clean energy sources.

“In the energy sector, women bring a different vision, innovation, firmness and communities see us more accessible perhaps because we are more empathetic with the people around us”, said Karla Hernández Sauceda, manager for Honduras of the Electric Interconnection System of the Countries of Central America (SIEPAC) and member of the network.

In the world, women represent 48% of the workforce. Specifically in the energy sector, they make up 22% of workers in the oil and gas industry, while 32% of those who work in renewables; this, according to the report entitled Renewable energy: a gender perspective,  prepared by the International Renewable Energy Agency (IRENA), for its acronym in English).

“The relative novelty and non-traditional nature of clean energy offer an invaluable opportunity to broaden a gender-sensitive approach and empower women to play an active role in the sector,” said IRENA.

In this sense, women in Central America and the world are coming together to promote the energy transition with a view to greater social welfare. “Women are linked to the future. We know what it is like to bring children into the world and perhaps that is why we are concerned about protecting the next generations, “said Sandrine Dixson-Declѐve, co-president of the Club of Rome, during the Women’s Luncheon, held within the framework of the Berlin Dialogue on Energy Transition or BETD, held in the German capital on the 9th and 10th of April.

Read the rest of the article here (the article is written in Spanish, but you can translate the page to your preferred language).