From 10 to 12 May 2022, the Global Women’s Network for the Energy Transition (GWNET) and Deutsche Gesellschaft für Internationale Zusammenarbeit (GIZ) GmbH on behalf of the Federal Ministry for Economics and Climate Action (BMWK), hosted a dedicated study tour in Munich, Germany for selected mentees of the Energising Women to Advance the Energy Transition Mentoring Programme.

The personal exchange among peers was particularly valuable for the participants after almost two years of absence of physical meetings due to the pandemic. The following overview gives you a brief insight into this inspiring 3-day study tour in Munich.

The study tour kicked off with a workshop on female leadership skills hosted by business coach Maren Wölfl. During this workshop participants gained knowledge of how to learn, develop and be strong from the inside out.

Maren emphasised the mentee’s strengths and talents, as well as their visions and values for a sustainable future, in order to become true leaders and role models in the energy sector. During this one-day workshop, the mentees had the opportunity to reflect on their professional behaviours and to strengthen themselves for their future careers. This was achieved not only by the warm and personal setting that Maren created but also because of the participants’ openness. 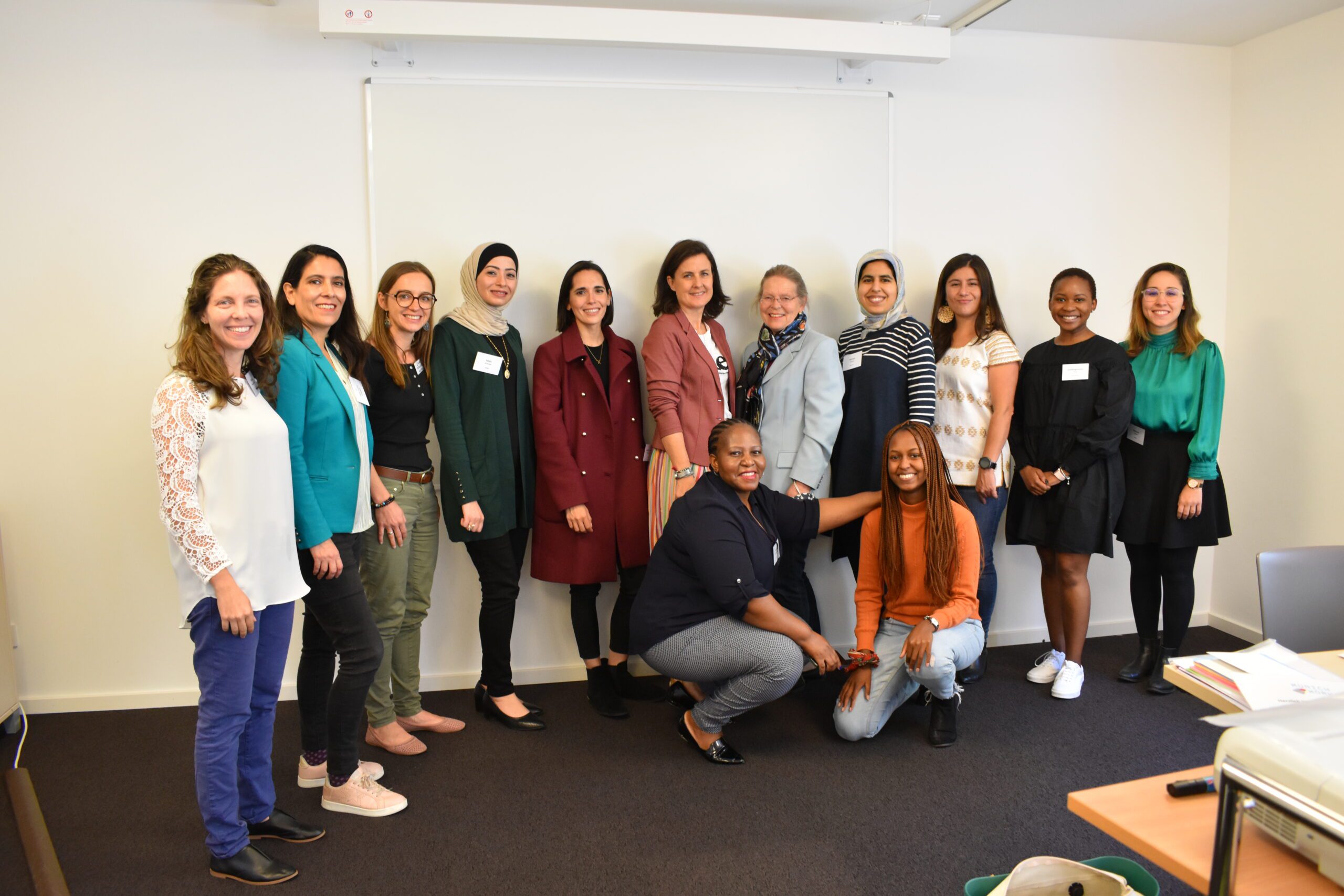 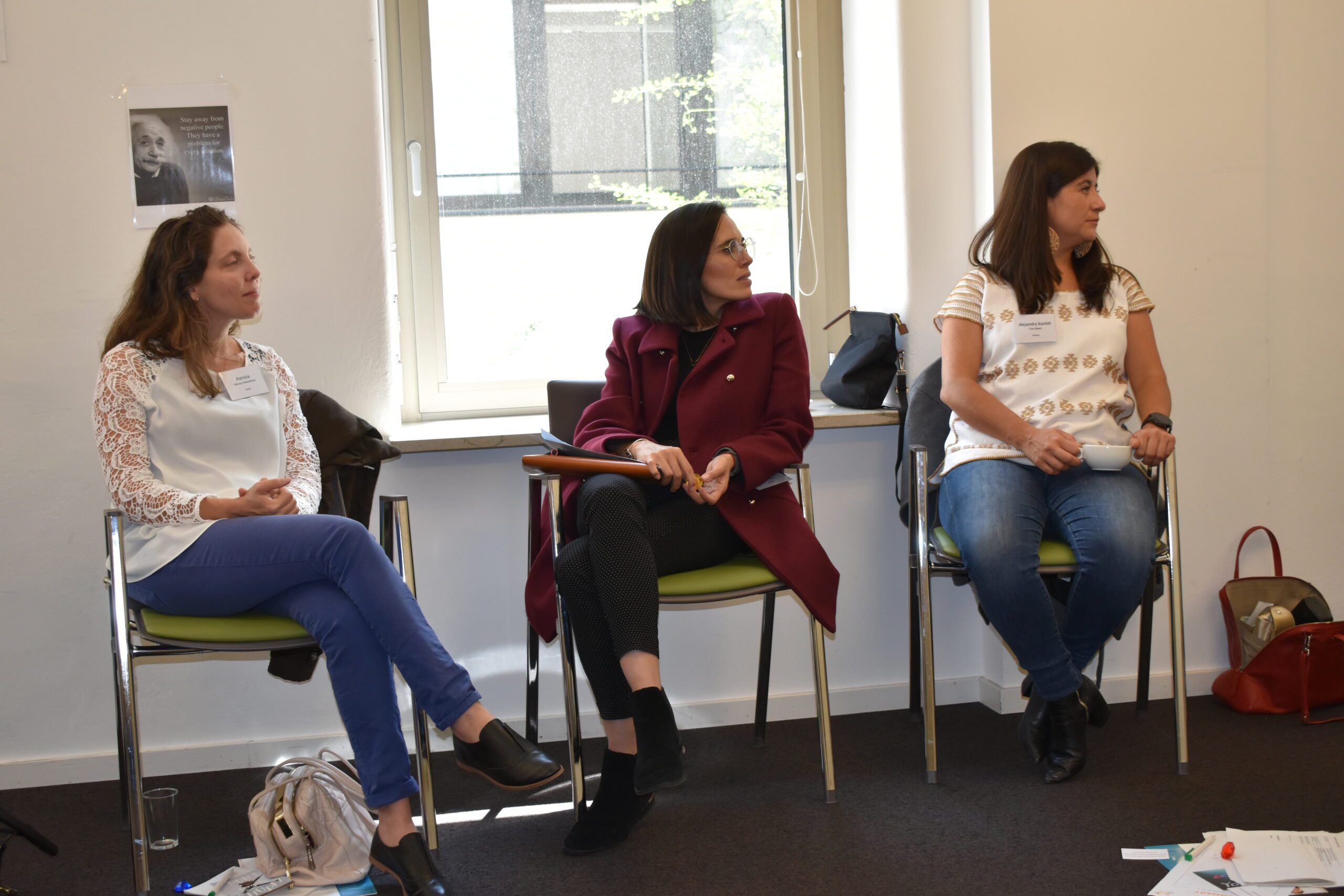 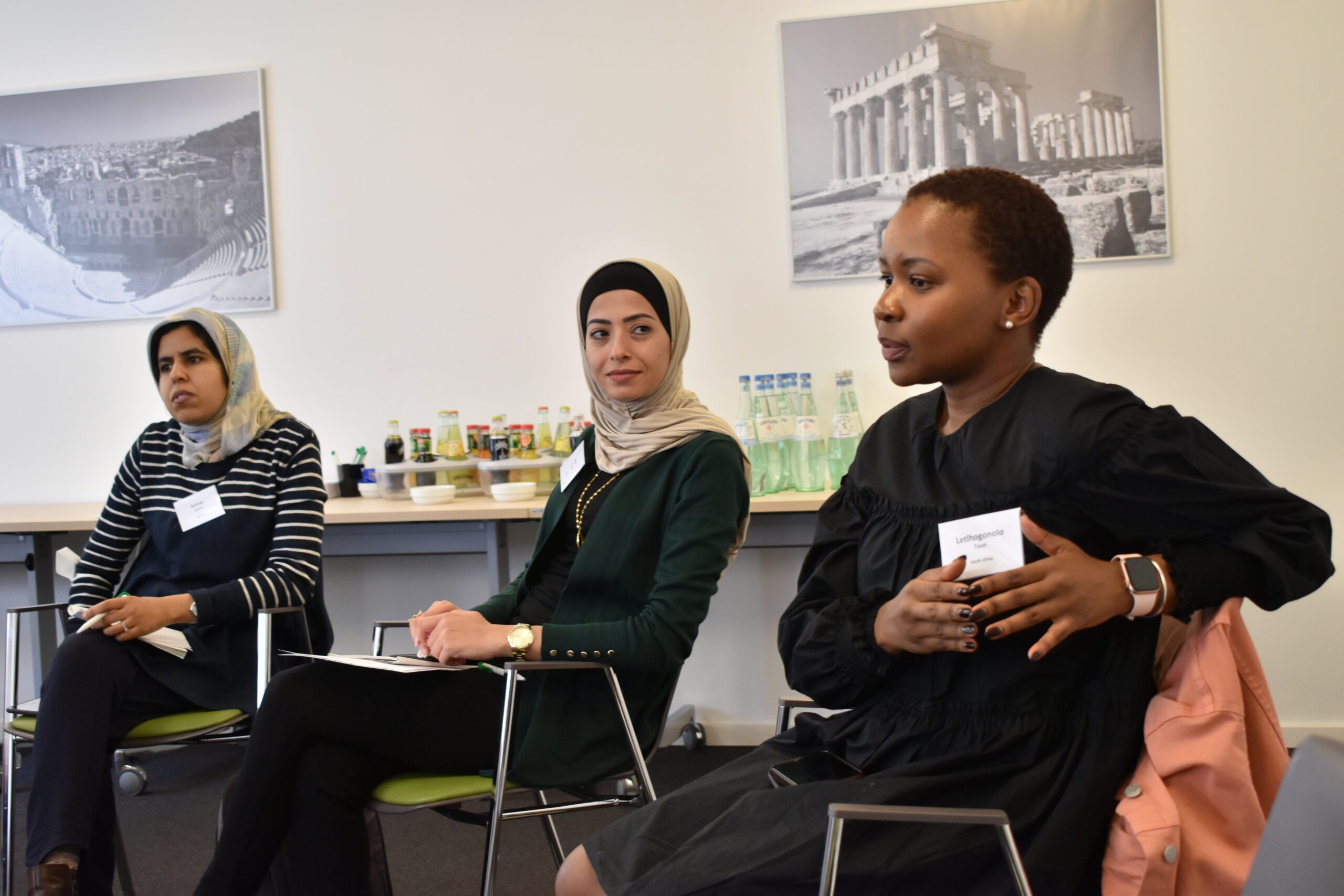 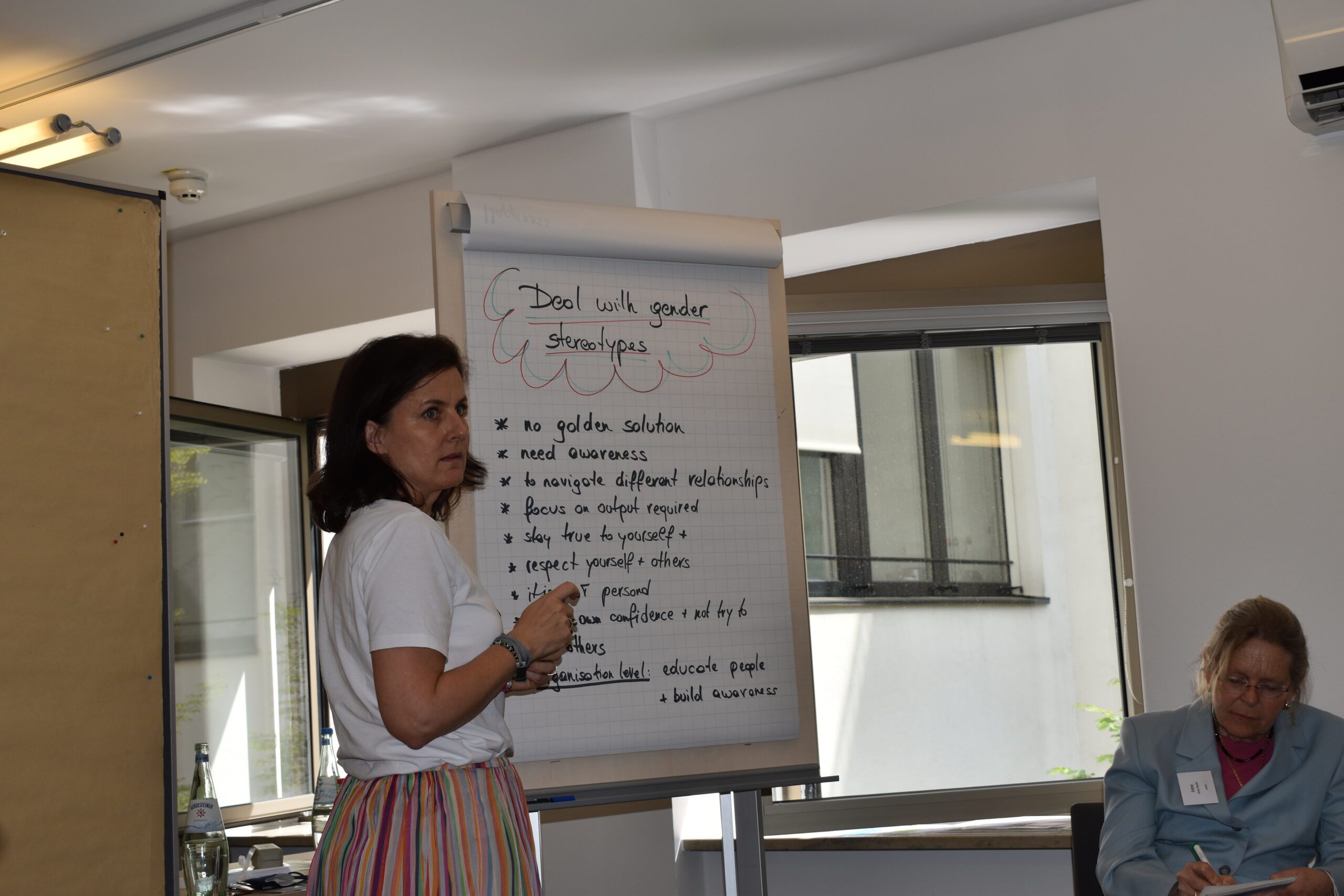 Day 2 of the Study Tour was all about networking and consisted of two main activities: 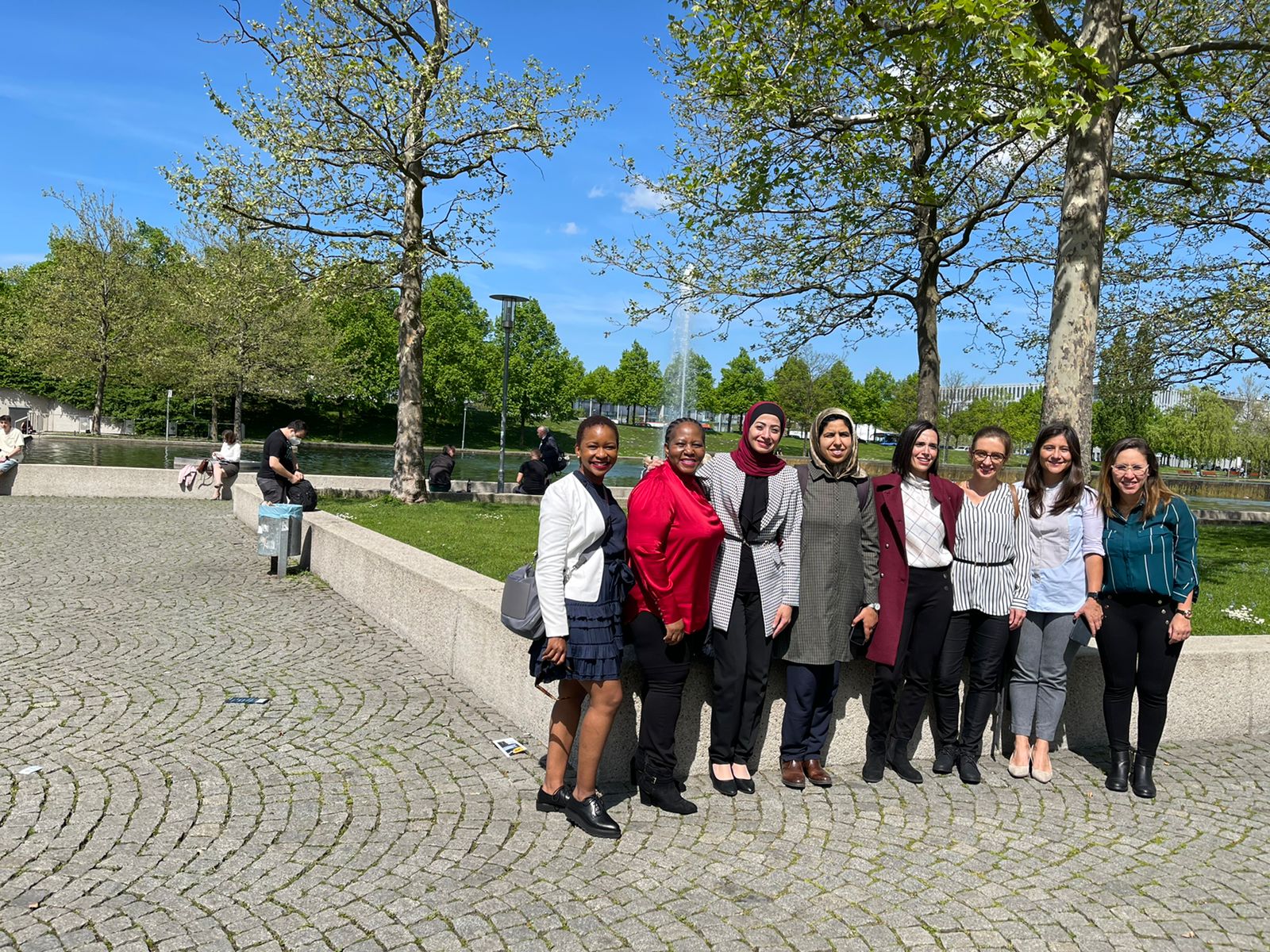 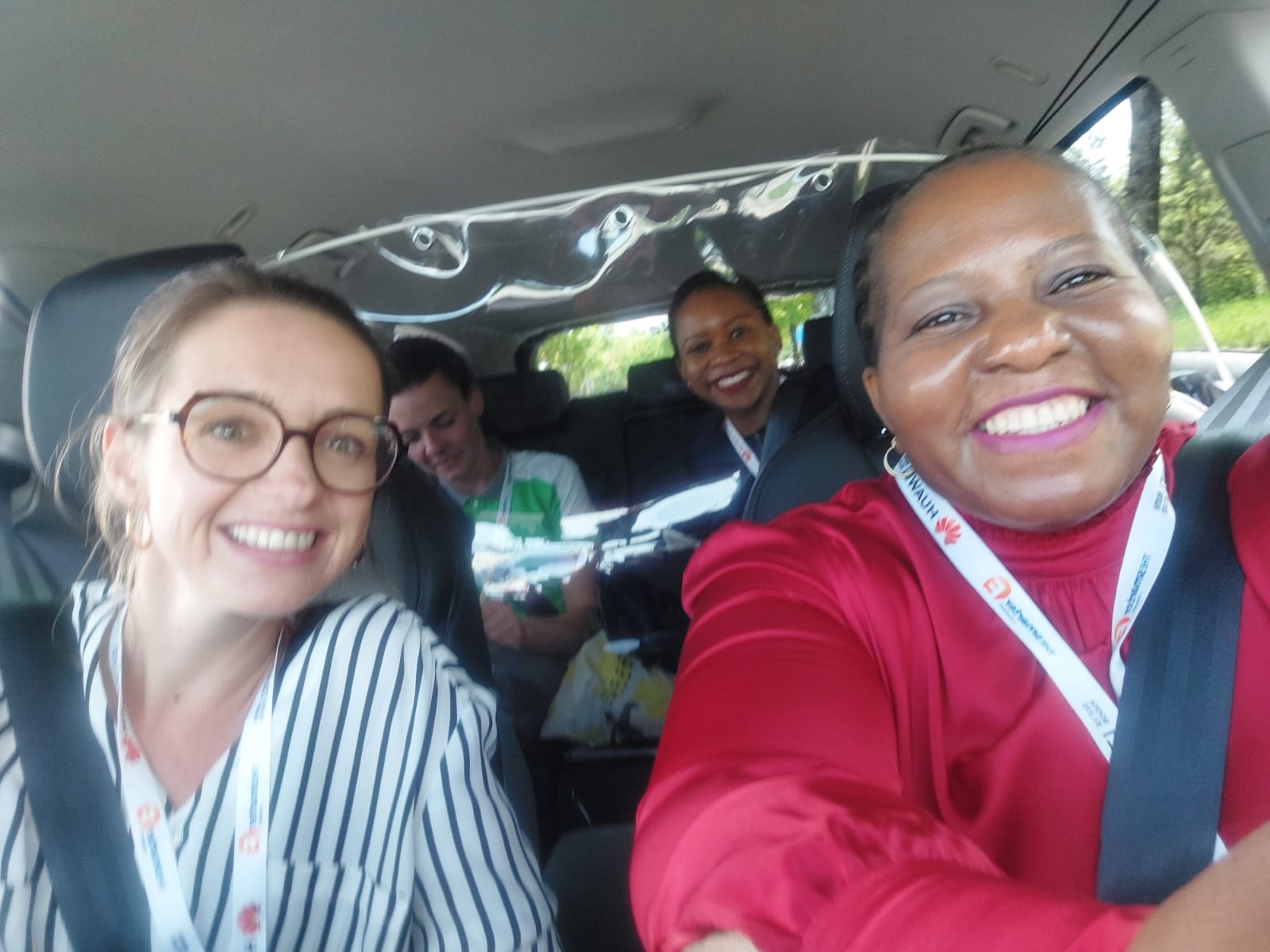 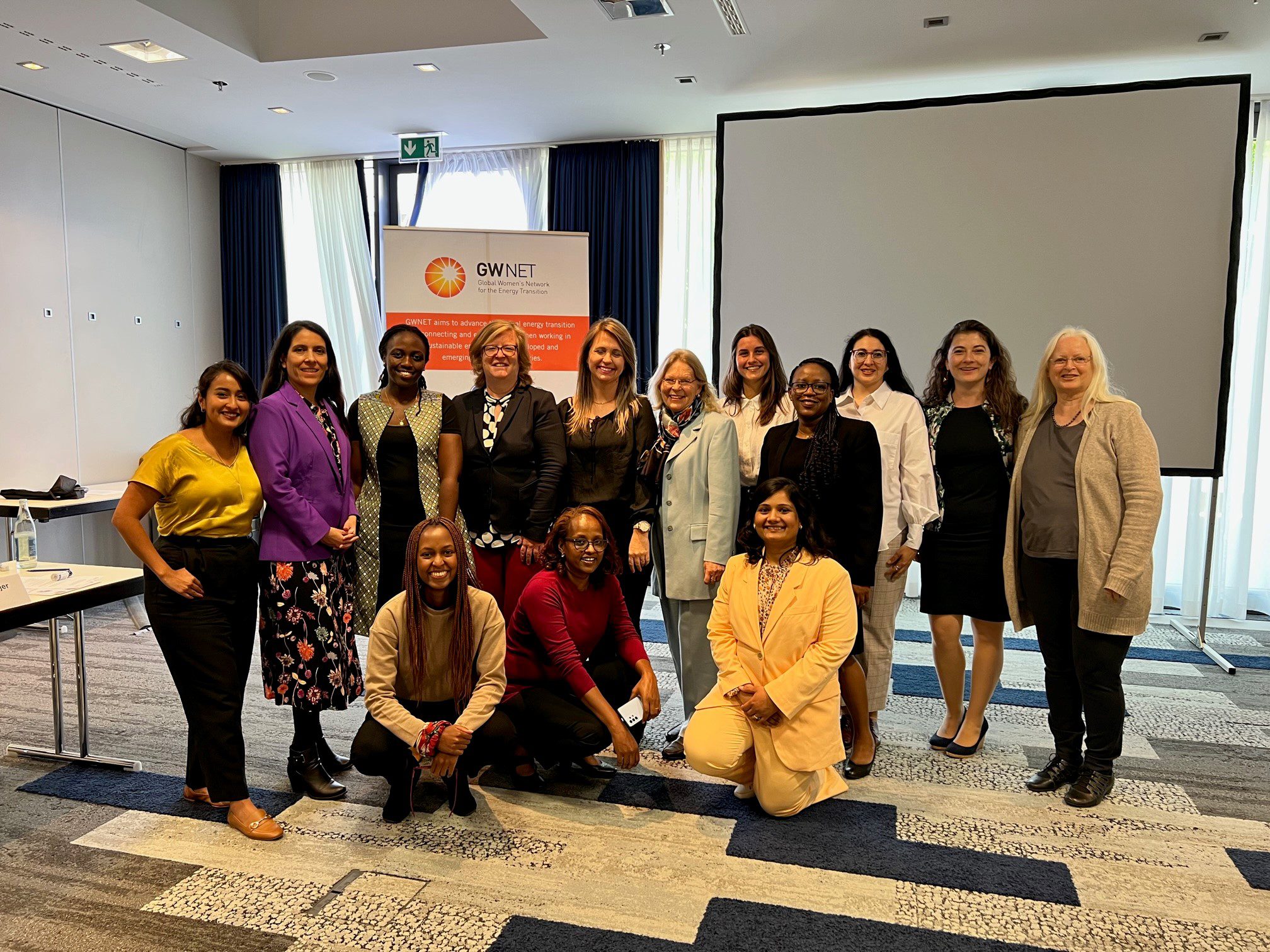 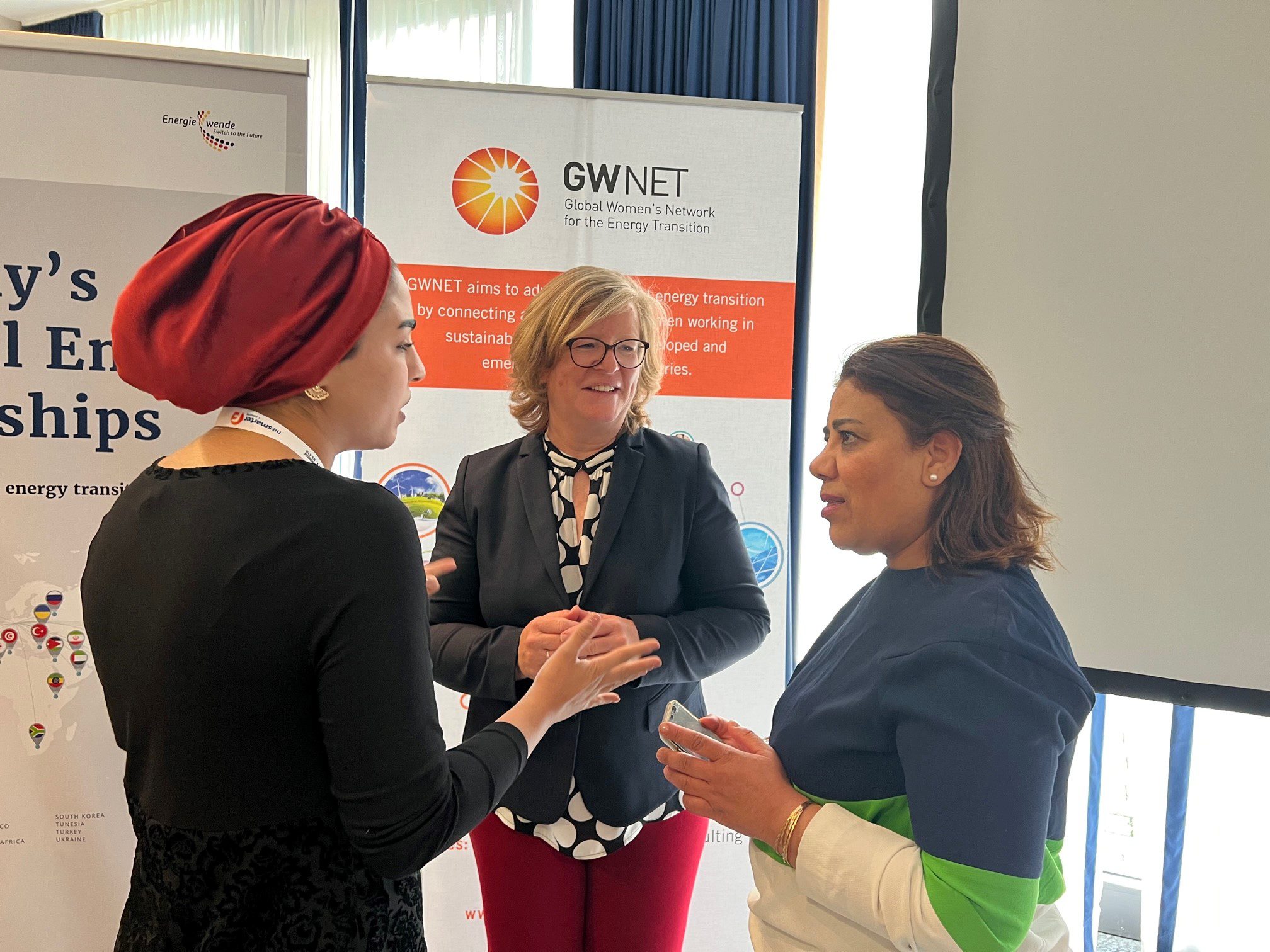 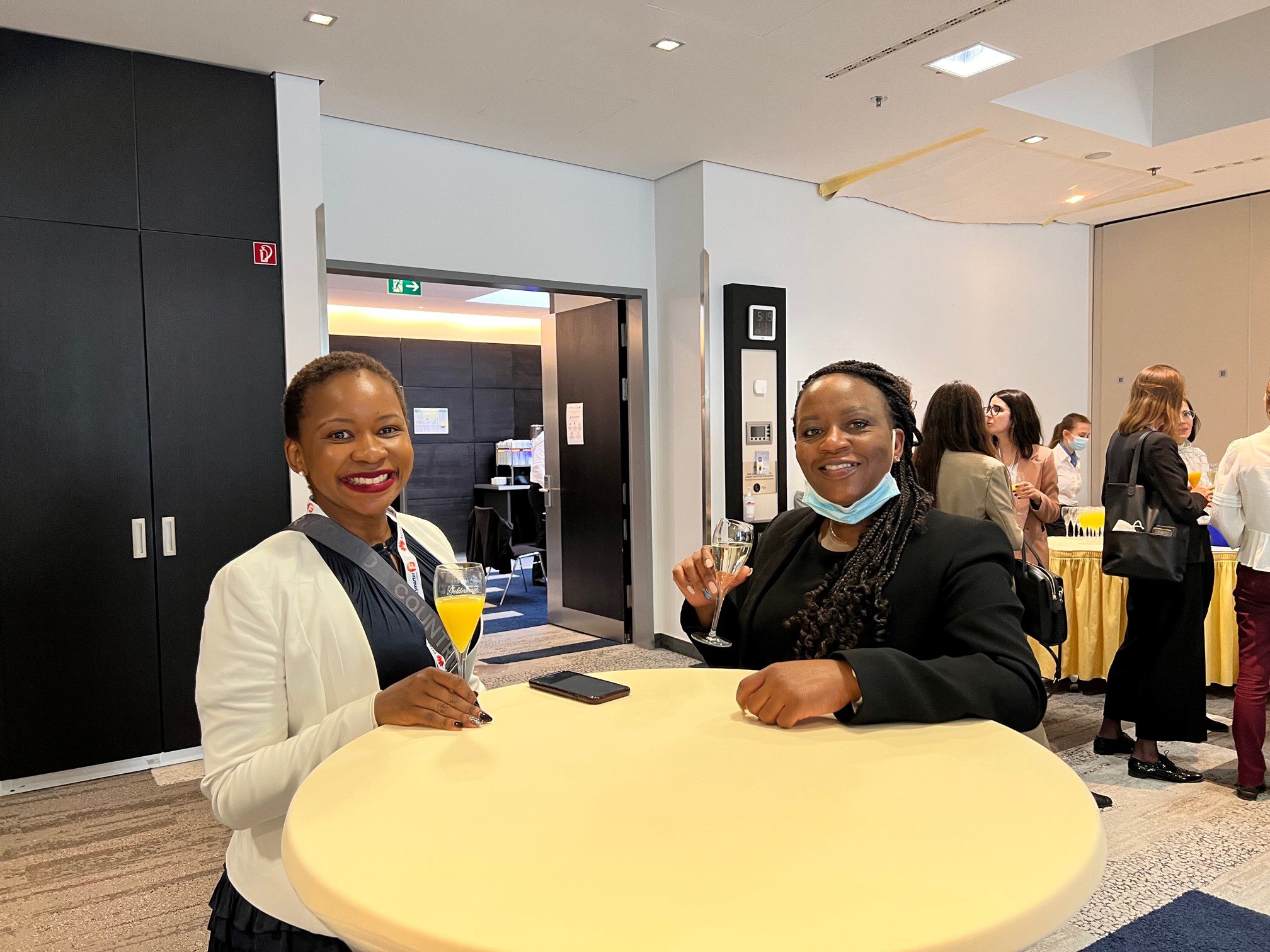 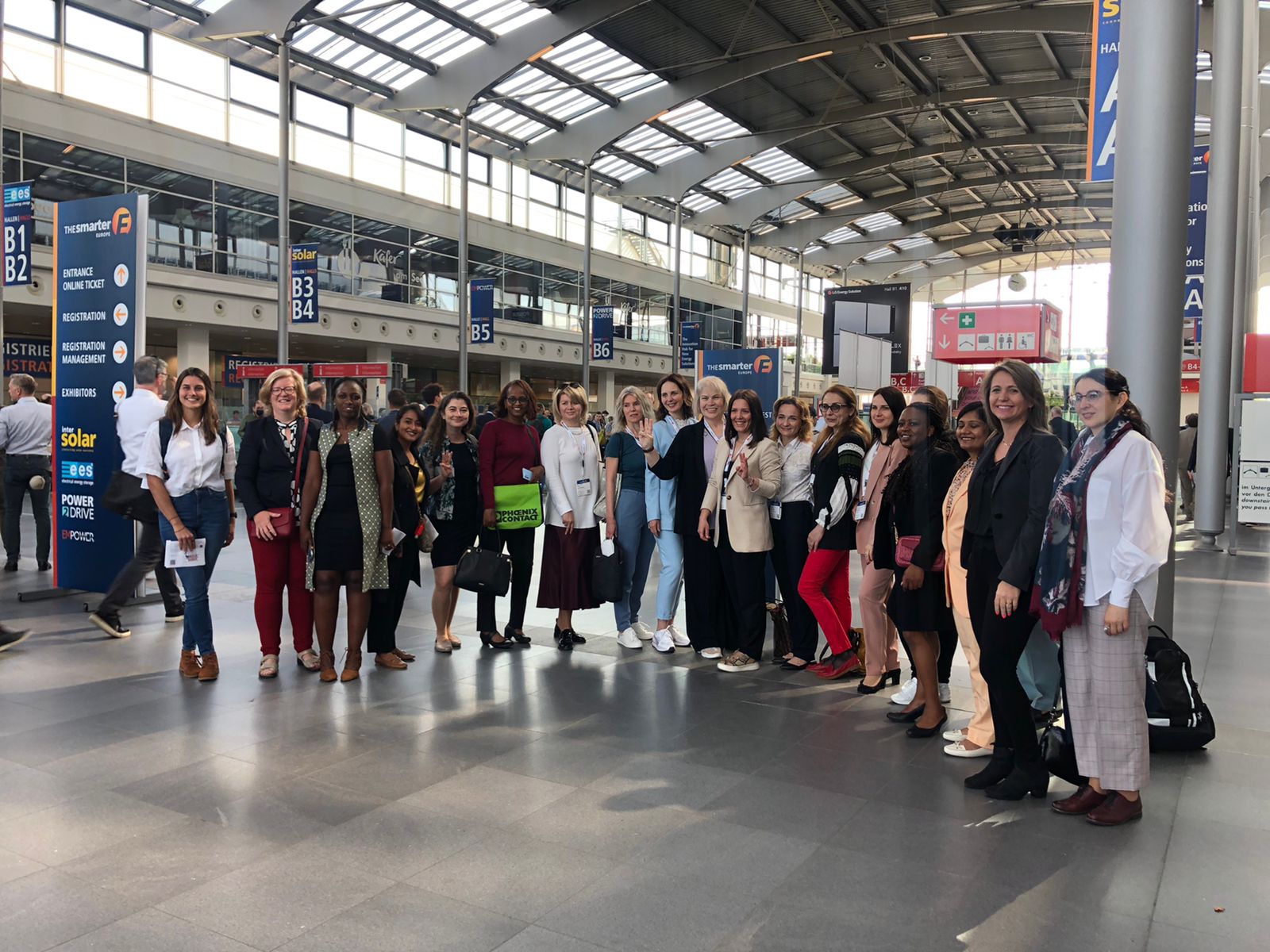 The participants spent the third and final day of the study tour at the first Women Energize Women Conference, an official side event at the smarter E Fair, where discussions, workshops and networking took place on energy and gender topics with exclusively female speakers. This one-day conference was a project by the BMWK, implemented by GIZ and the German Renewable Energy Federation (BEE), dealing with the pressing energy transition issues across the world by looking at them from a female perspective and actively involving female change-makers. The impressive list of speakers and presenters was reflected in the quality discussions around renewable energy policies in different parts of the world. 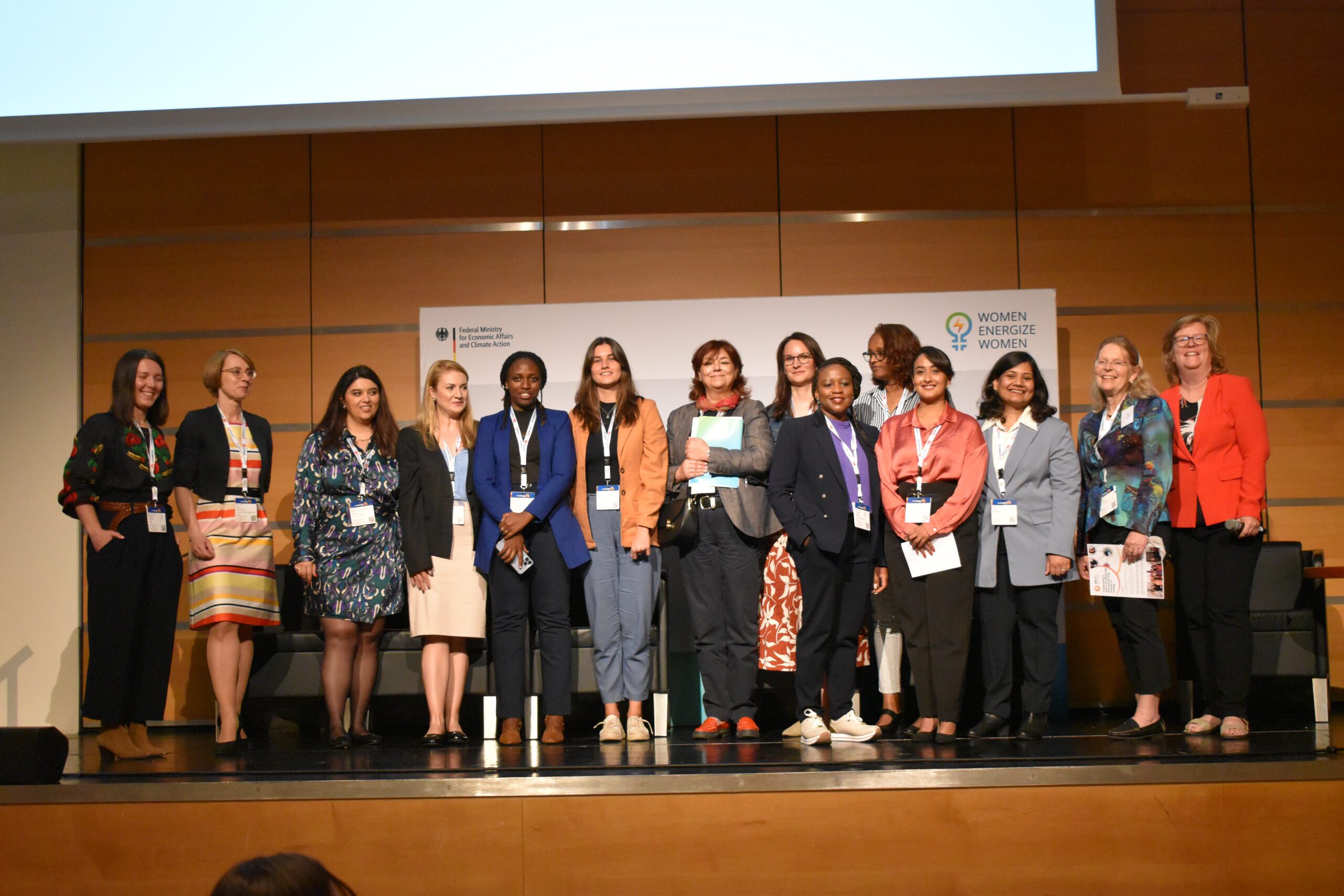 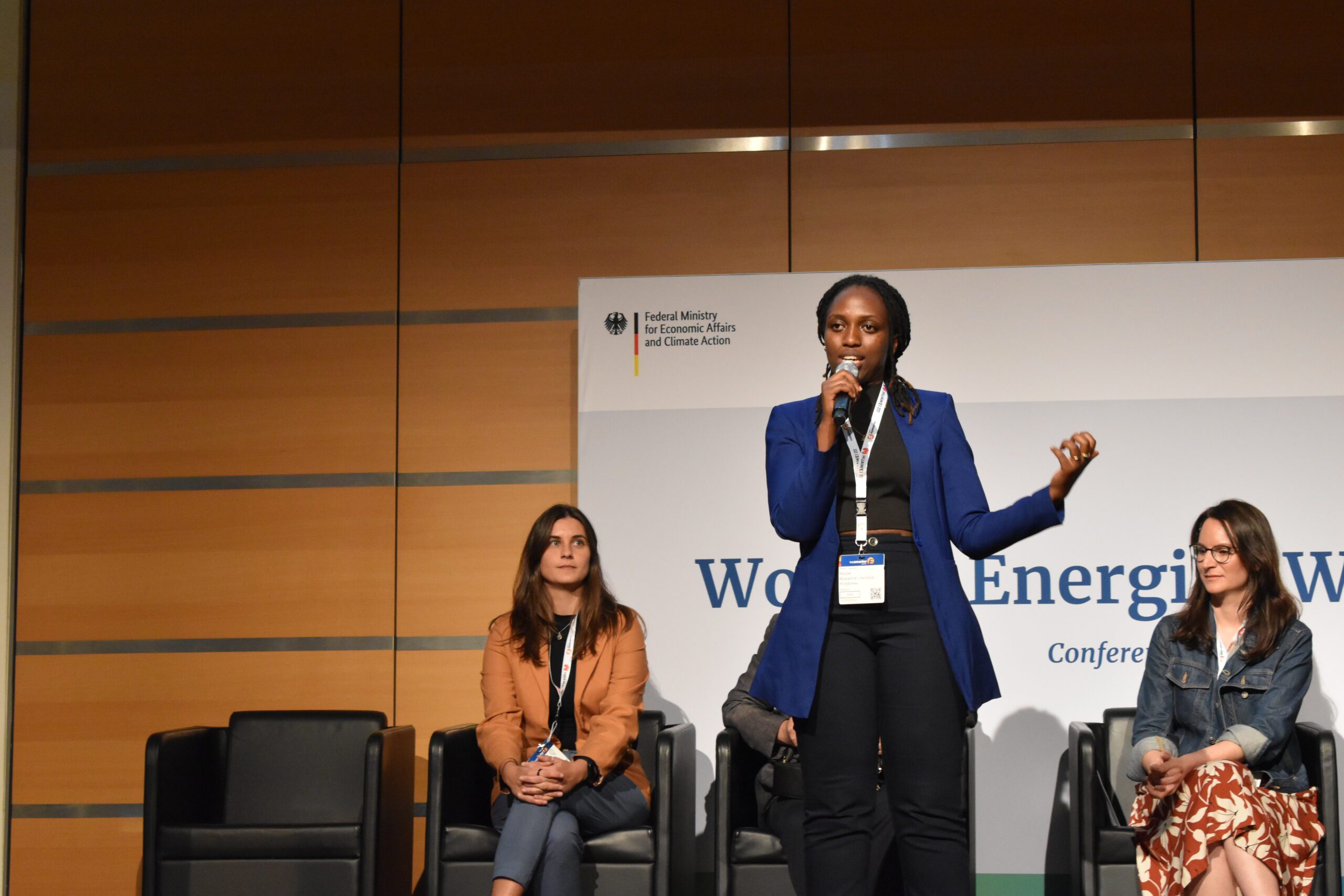 “I would like to express my gratitude and excitement for the opportunity offered to be part of GWNET Study Tour and to participate in the Women Energize Women inaugural conference. I have gained a lot through the leadership skills workshop, visiting Smarter E Fair/ Exhibitions, networking and engagement opportunities during the tour, and participation at the Women Energize Women Conference. The experience and contacts will benefit my career development and corporate as a Gender Coordinator in the Energy Sector. I have also learned to share my knowledge and experience through the program. I may not be able to say it in so many words, but deep down, I am thankful. I am available as an individual and as a Gender Coordinator for any form of collaboration and support for the course of gender equality and transformation.”

“It was actually my first trip abroad after the pandemic so I really enjoyed every single hour spent in Munich with my fellow mentees and the organizers. I was really surprised by the high quality of organisation, of the conferences and the workshops.”

“The Study Tour was incredible. Learning about the Just Energy Transition and how it is experienced in various regions across the world provided great insights which can be applied to our varying regional and local contexts. Networking with women who are looking to advance in the energy sector. It was highly encouraging to see an array of women who are dedicated to see an energy sector that represents women at all roles. The mentors and GWNET leadership provided great wisdom from their years of experience, to be surrounded by former ambassadors and current leaders within the German Ministry was an honour.”

“Yes we can! It was an empowering experience. I am even more motivated an prepared to work for a just transition.”

Three inspiring days were spent in Munich, where participants of the study tour gained a lot of new impressions, experiences, contacts and knowledge. We will continue to share mentee’s success stories that were made possible partly because of these exchanges.