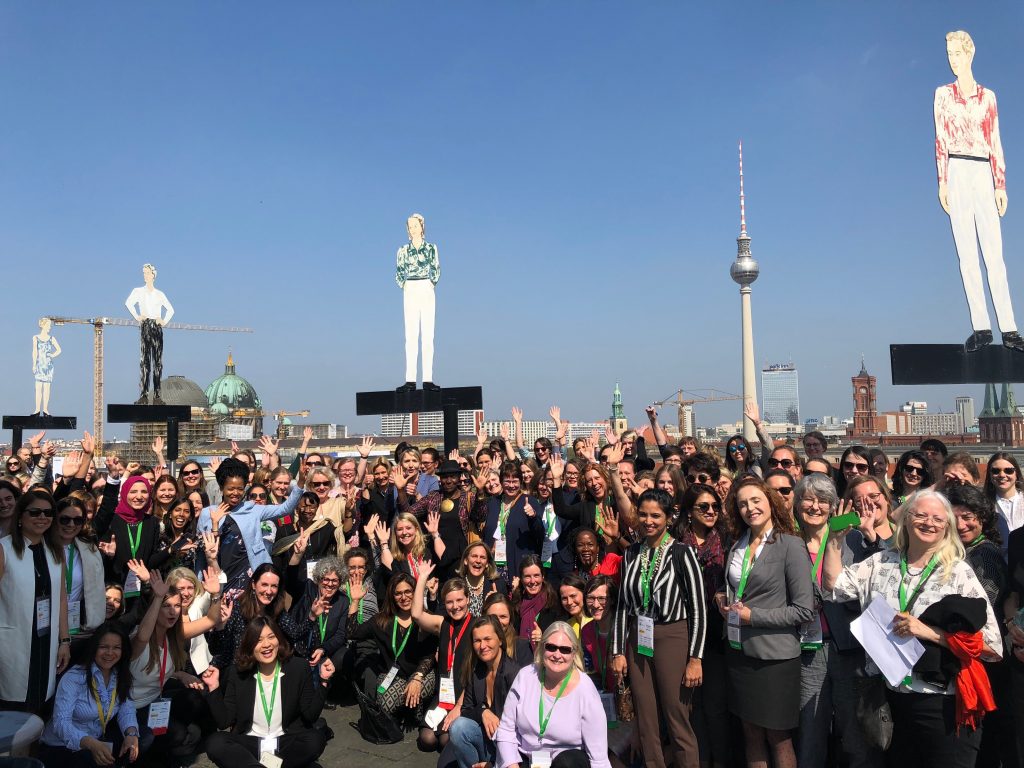 On the side of the Berlin Energy Transition Dialogue in Berlin on April 17-18, GWNET had the opportunity to support and present in the Empowering Women in the Energy Transition Lunch, organised jointly with the German Energy Agency dena.

This was the first such “women only” lunch in a series of four Energiewende-Dialog-Events through the German Federal Government. The response was overwhelming with 140 women coming, listening and networking in the International Club at the Federal Foreign Office on the second day of the conference. There would have been more powerful women, had not room restrictions played a role.

The goal of fostering the exchange among an international crowd of women from the renewable and energy transition sectors was more than topped. The panel keynotes as well as the networking proved to be priceless for all participants, including representatives of various networks of women working in the energy sector.

“We must reach the Gigawatt level!” said Christine Lins of GWNET alluding to the name of her organization GWNET, the Global Women’s Network for the Energy Transition.

Women play a major role in paving the way for a truly global and reliable energy transition. However, it is a well-known fact that the energy sector and other energy transition sectors continue to be male-dominated. Gender inequality is even more prevalent at decision‑making levels. Women are generally under‑represented among senior management positions in companies, politics and science. As a result, the few women who manage to secure top positions are often less well connected with their peers than their male colleagues are. This under-representation deprives industry, politics and science of women’s creativity and resourcefulness, thereby potentially slowing down the transition. National and global networks have been formed to strengthen the role played by women in the energy transition.

Dena and GWNET are looking forward to having many more of these dialogues and will also work with the Berlin Energy Transition Dialogue organisers to ensure more female speakers in future conference editions.