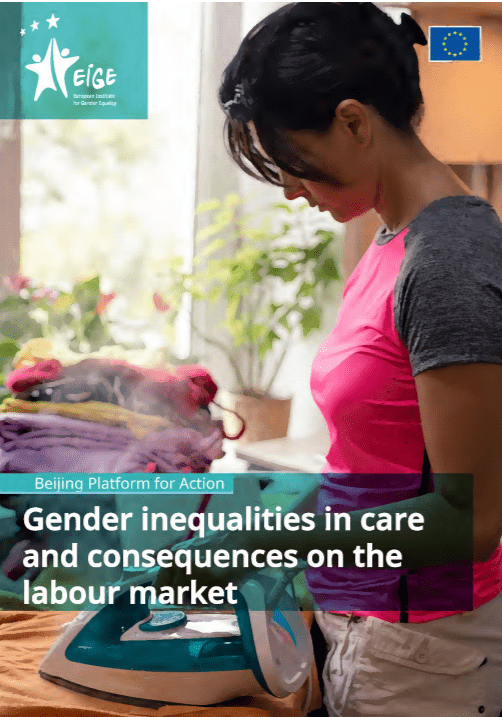 There is a direct link between the unequal division of un­paid care in households and gender inequality in the labour market, according to a study by the European Institute for Gender Equality (EIGE). Across the EU, the bulk of unpaid care work is done by women, with 92% providing un­paid care several days a week – as opposed to 68% of men. Employed women also do more than their fair share of unpaid care work. Across the EU, they spend 90 minutes more per day than employed men on unpaid care.

The report ‘Gender inequalities in care and consequences for the labour market’ is part of EIGE’s work on monitoring the EU’s progress towards its gender equality commitments under the Beijing Platform for Action. It was prepared at the request of the German Presidency of the Council of the European Union.

Download the report here: Gender inequalities in care and consequences for the labour market

Download the factsheet here: Gender inequalities in care and pay in the EU