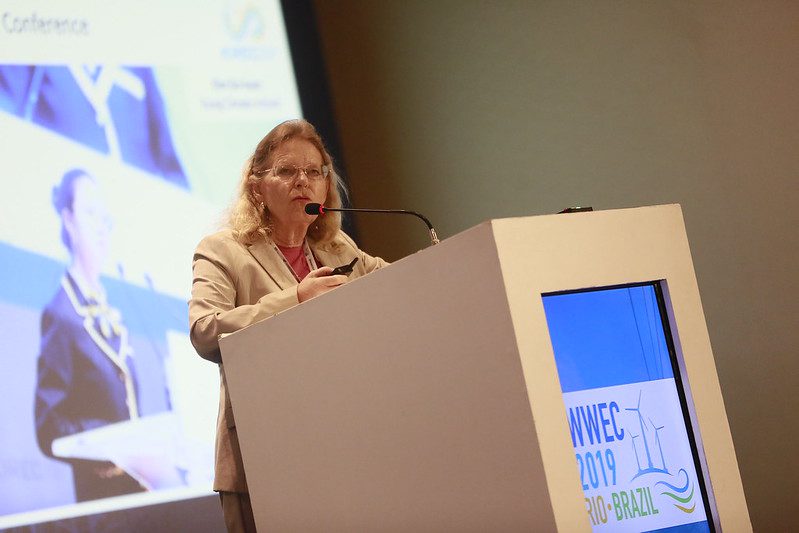 This article was originally published in German on Wiener Zeitung

It is necessary that women can participate equally in the energy transition.

Almost exactly 25 years ago, in my former function as Vice-President of the United Nations Commission on the Status of Women, I led the last preparatory meeting in New York for the Fourth World Conference on Women in Beijing in September 1995. Our task was to agree by consensus on as many formulations as possible for the Action Programme to be adopted in Beijing.

The negotiations were tough. There were deep gaps between the positions of countries that wanted to make significant progress towards gender equality, based on the universality of human rights, and those that stuck with traditional values that foster patriarchy. The agenda of some delegations of the Global North emphasized almost exclusively sexual and reproductive self-determination for women; many delegations of the Global South pointed out the huge backlog demand for women in developing countries regarding access to capital and parental heritage, equal rights in court, availability of health services, protection against physical violence, food security and participation in the political processes of their respective countries. It was necessary to find bridges to connect the different concerns and to develop a balanced text; and often we were successful in doing so.

And then a small ideological alliance of delegations from different parts of the world tried to remove the word “gender” – which appeared hundreds of times in the draft of the Beijing Platform for Action – in the very last session because they pretended not to know what the word meant. I remember with joy and a certain pride that, as chairwoman, I was able to reject this request by a procedural decision, and thus to a certain extent ensured the “survival” of “gender” in the Beijing Platform for Action. It is too sad that the word “gender” is still proscribed in some administrations today. And even worse that there continues to be a lot of opposition to the very concept of gender: the concept that society creates expectations about the ideal social roles and interaction of the sexes which  – as social constructs – evolve over time and therefore can also be made to become more just.

Economic gender parity according to Davos only in 257 years

We are still far away from the implementation of gender equality.  Here are just a few examples from a recently published report by UN Women:

If current trends are simply continued, the World Economic Forum in Davos calculates that it will take hundreds of years before gender parity is achieved worldwide. The situation is particularly bad with regard to access for women to economic participation: According to Davos, economic gender parity is still 257 years away. And this despite the fact that it is now generally acknowledged that the participation of women in the economy is good for businesses, economies and societies as a whole, as the Gender Gap Report once again explicitly emphasizes: “Gender parity has a fundamental impact on whether economies and societies develop positively or not. It is important for growth, competitiveness and sustainability of economies and businesses around the world that the talents of one half of humanity will be developed and used.”

In a guest commentary in the “Wiener Zeitung” on International Women’s Day, UN Secretary-General António Guterres pointed out that climate policy also has gender implications. The Global Women’s Network for the Energy Transition (GWNET, an international NGO of which I am the president) deals with the other side of the coin of climate protection, with policy and practice in the energy transition. A study we commissioned and which can be found on our website www.globalwomennet.org  shows that women are also underrepresented in the energy sector.

Currently, 30 percent of the 11 million people working in the sustainable energy sector worldwide are women at its best, and much less when it comes to STEM jobs or management positions. By 2050, the sustainable energy sector is expected to employ up to 42 million people, half of whom should be women. This requires that strategies for implementing the energy transformation also include better opportunities for women to participate, which unfortunately is hardly the case at present.

Sustainable energy is a relatively new and expansive field of work that needs and demands a particularly broad range of talents; new technologies also largely remove barriers related to (male) physical strength and others, opening up many new career paths for women. Our study provides a wealth of examples of different strategies that are already being successfully applied by companies, organizations and administrations to increase diversity in the workforce and promote women: Rwanda, for example, which has incorporated minimum quotas for gender parity in all decision-making bodies into its constitution; Itaipu Binacional, the giant power plant near the Iguazu Falls in Brazil, which has increased the proportion of women in management from 10 to 21 percent over nine years as a result of targeted programs; or Wind Denmark, which offers even better opportunities for parental leave than Danish laws already provide for. Imitation is highly recommended.

The energy transition is much more than replacing a (fossil) fuel with a (renewable) one. It triggers far-reaching transformation processes for society as a whole. In order to carry out these transformation processes quickly, effectively and in a socially just manner, it is necessary for women to be able to participate in the energy transformation on equal terms with men. As the digital “Women in Energy Expert Platform” initiated and managed by GWNET, shows, there are many and excellently qualified women who want to do this.