A Global Roadmap for Sustainable Energy 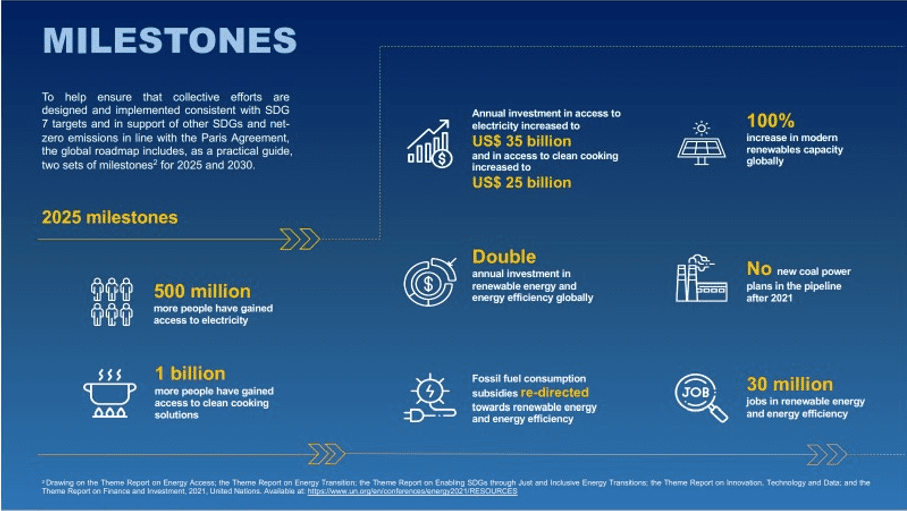 Just in time for the Glasgow UNFCCC Conference of the Parties and harnessing the results of a year-long process to advance implementation of SDG 7 on Sustainable Energy for All, UN Secretary-General Antonio  Guterres came forward with a Global Roadmap for Accelerated SDG 7 Action in Support of the 2030 Agenda for Sustainable Development and the Paris Agreement on Climate Change .

The Roadmap projects into the future the commitments made during a high-level Dialogue of the General Assembly in September 2021 which virtually brought together over 130 Heads of State and Government and global leaders from business and other sectors.

Importantly, the Roadmap builds on the recommendations and milestones identified in the Theme Reports developed by the 5 Technical Working Groups; I was invited to participate in the Working Group process and highlighted the important role of women as agents of change in the energy transition and the need to give women equal access with men in all dimensions of the sustainable energy sector.

The Roadmap puts forth important milestones for 2025 and 2030, as per the graphs below: 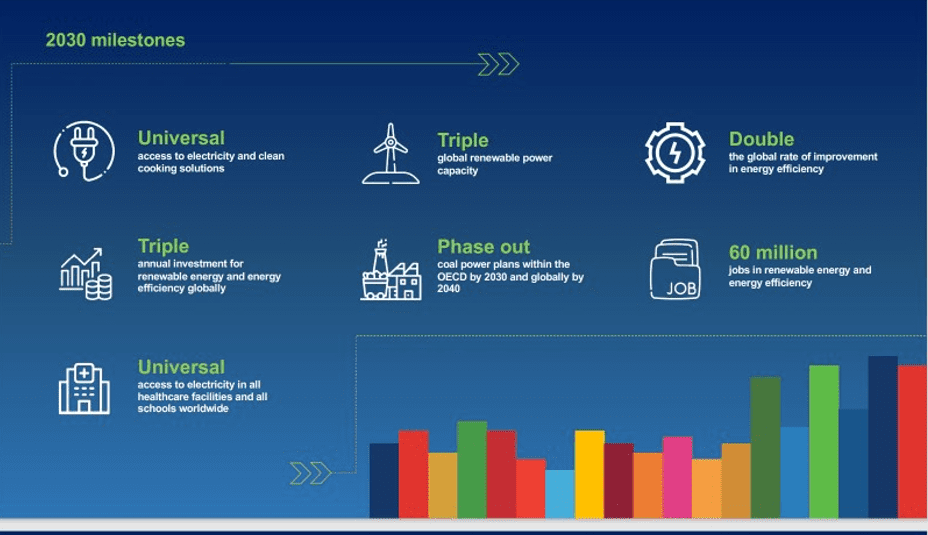 In working towards these milestones, the Roadmap urges to give special attention to the most vulnerable countries, in particular African countries, least developed countries, landlocked developing countries and small island developing States.

The Roadmap explicitly spells out that “Gender equality and women’s empowerment must be prioritized, including empowering women in the design, production and distribution of modern energy services” and ensuring “equal representation of women in sustainable energy decision-making processes”.

The High-Level Dialogue on SDG 7 resulted in a large number of voluntary commitments – to the tune of 400 billion US $ according to a UN communication  –  of stakeholders which are known under the name of Energy Compacts.

One of the compacts is specifically on the topic of Gender and Energy, it was spearheaded by UNIDO, Energia and GWNET, and has received a wide variety of endorsements from various stakeholders.

You can find it here. GWNET continues to spread the word on the Gender and Energy Compact and to advocate to include a meaningful gender dimension in all of the energy compacts.